BmoreArt recently featured a photo of me in my studio, taken by Justin Tsucalas of Plaid Photo, on their @orange_barrel_media billboard ad in Station North, Baltimore. I was so surprised to get the message on a Monday morning that this photo was included on a billboard! Thank you, BmoreArt and Orange Barrel Media.

BmoreArt says “You may have noticed a recent emphasis at BmoreArt on publishing photo essays online, as well as in print, by some of Baltimore’s incredibly talented photographers!! We believe that our artists and photographers have an important story to tell and we are thrilled to seem them living LARGE in the Baltimore skyline. Billboard love from @orange_barrel_media at Charles and Greenway featuring photos by and of some of our favorites from print and online!” 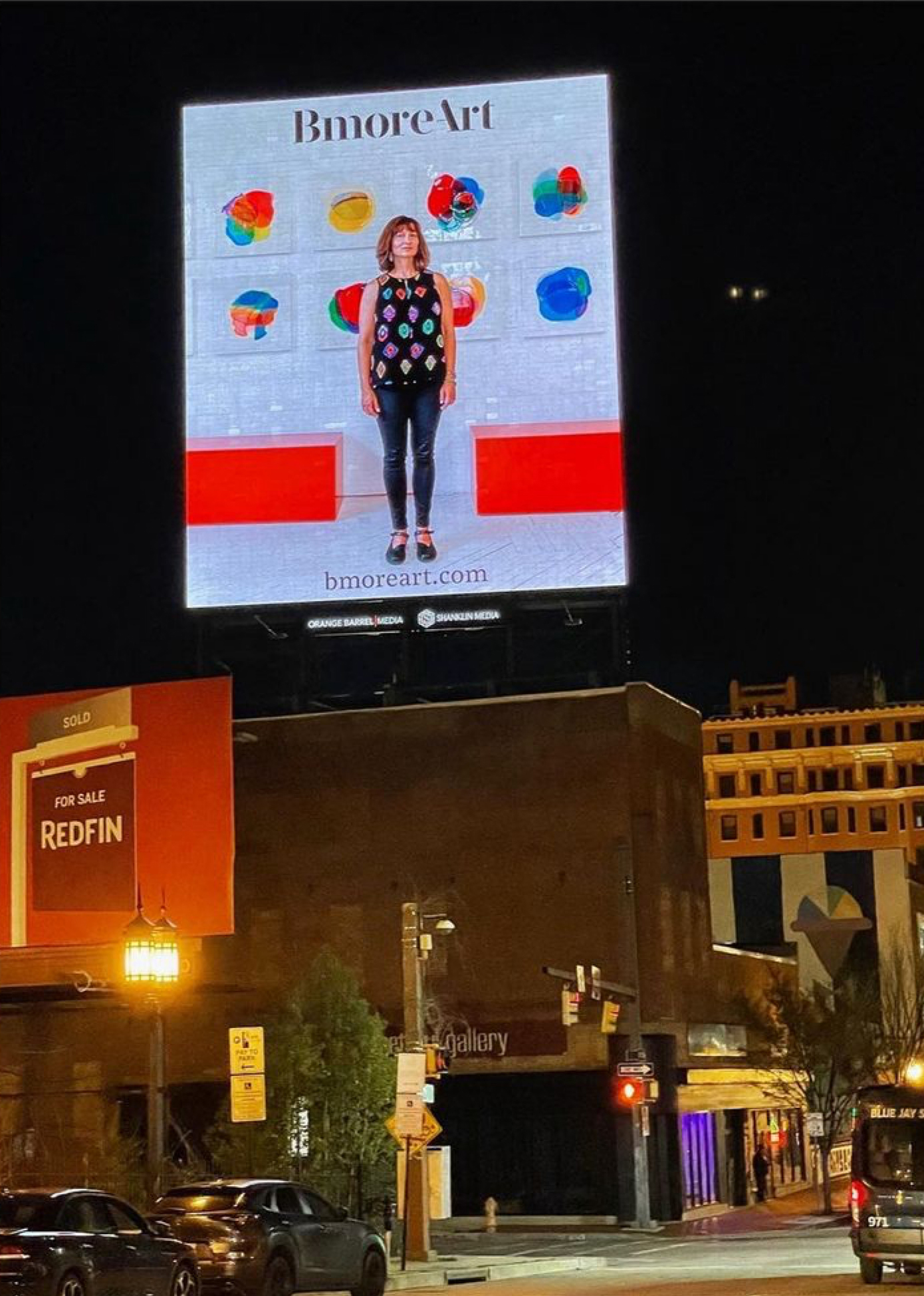